In the heart of hard grass country and on the edge of productive irrigated fields, you’ll find the Chimney Rock Ranch. Named after the iconic landmark that stands as a steeple in the prairie, the Chimney Rock Ranch consists of 2,641+/- acres in the Nebraska Panhandle. For more than 139 years, the Durnal family has owned and operated the property.

Around every turn, seemingly self-proclaimed landmarks bear witness to the historic past as the southern edge of the North Platte River valley jut into the steep-sided and cedar-covered hills.

Traditionally run as a cattle operation, the ranch is owner operated at 250 cow summer grazing capacity, though the ranch has only been used lightly as summer grazing in recent years. There is existing pipeline water with room for expansion that runs from an owned well. The grass condition of the Chimney Rock Ranch is exceptional as the owner/operator has been a careful steward of the land. The ranch is available for the current grazing season.

The Chimney Rock Ranch is situated approximately 6.5 miles south of Bayard, NE and 15 miles southeast of Scottsbluff/Gering, NE in Morrill and Banner Counties.

Bayard, population 1,067, dates back to 1888 and is widely known for it’s most famous attraction, Chimney Rock. Located 3 1/2 miles south of the town, the national historic site is one of the famous landmarks of the Oregon Trail.

The area has deep roots in agriculture, livestock and crops, and has been named the “Sugar Valley” due to its long history in producing sugar beets.

Outdoor recreational opportunities, scenic beauty and historic attractions abound in the region. The Wildcat Hills State Recreation Area, just 30 miles away, provides an escape to the region’s signature rugged topography and evergreen-studded canyons. The beautiful North Platte River offers pristine lakes and rivers a short jaunt away, with Lake Minitare 30 miles away in nearby Scottsbluff. Lake Minatare is 2,158 acres, the largest body of water in the NE panhandle, providing lots of opportunity for boat and ice fishing.

Scottsbluff, Nebraska is located approximately 15 miles away. With a population of just over 15,000, Scottsbluff is the largest city in the Nebraska Panhandle. It is the retail hub of western Nebraska and eastern Wyoming, offering abundant lodging, dining and shopping experiences.

Denver, Colorado and Rapid City, South Dakota are within 200 miles of Scottsbluff, and just 100 miles from Cheyenne, WY. Regional air service is provided via the Western-Nebraska Scottsbluff Regional Airport.

Scottsbluff boasts a premier regional hospital, ranked one of the Top 10 Rural & Community Hospitals in the United States.

Traditionally run as a cattle operation, the ranch is owner operated at 250 cow summer grazing capacity, though the ranch has only been used lightly as summer grazing in recent years. The rugged divides and cedar canyons provide good winter protection for year-round operation.

The grass condition of the Chimney Rock Ranch is exceptional as the owner/operator has been a careful steward of the land. The ranch is available for the current grazing season.

The ranch includes an existing water pipeline with room for expansion, supplied by an owned well. Three natural springs are located on the property, including two year-round springs and one seasonal spring on the property.

The property sits in what is locally referred to as the Wildcat Hills region. Abundant wildlife roam the area including both mule deer and whitetail, bobcat, mountain lion, coyote, and bighorn sheep. 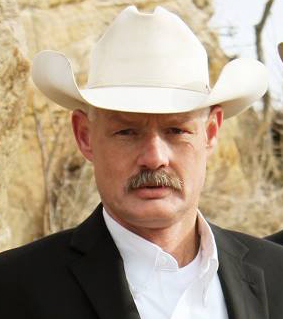 Contact JD
The information provided by Hewitt Land Company has been obtained from sources deemed to be reliable, but is not guaranteed or warranted by Hewitt Land Company or the sellers of these properties. It is the responsibility of the prospective buyer to independently confirm the accuracy and completeness of this information. Prospective buyers and advisors are encouraged to do their own due diligence in regard to tax, financial and legal matters, and to determine the suitability of a specific property to the buyer's needs. This offering is subject to errors, omissions, prior sale, price change, correction or withdrawal from the market without notice. All references are approximate. Any projections, opinions, assumptions, or estimates used are for example only and do not represent the current or future performance of the property. Sellers reserve the right to accept or reject any and all offers without liability to any buyer or cooperating broker. Fences may or may not be located along property borders.
×
×
×