Located northeast of Waubay, SD, within reach of Enemy Swim Lake, you’ll find the Mendenhall Ranch. Opportunity to graze, potential to hay, and the ability to farm on productive soils make this a 480-acre ranch extremely versatile. High indexing 91 CPI soils on the 80-acre tillable field; 65 CPI average on the balance.

Grasses on the Mendenhall Ranch range from the silty loam gamma grasses to blue stem, orchard, and even some western wheat grass. The variety makes for a well bedded system that supports growth all year during the growing season. Traditionally operated as a cow/calf ranch and calving unit, the strong grasses are well-suited for livestock production. With the improved corral system, barn space, wind break, and feed production capabilities of the Mendenhall Ranch, we invite you to consider the Mendenhall Ranch.

The area surrounding the Mendenhall Ranch is part of South Dakota’s Glacial Lakes Northeast region, home to wide open prairies and fresh glacial lakes. It has a rich frontier history of Native American settlers and early pioneers. In the 1700s, the Sioux Native American people came westward from Minnesota and settled in the area. The 1800s brought fur traders, explorers and pioneers to the area, bolstered by the creation of Dakota Territory in 1861 and the Homestead Act of 1863. Local history highlights several prominent pioneers, including Laura Ingalls Wilder and family.

The nearby town of Waubay was established in 1880 as the railroad continued to expand westward during the start of the Dakota Boom. Waubay is currently home to 473 people (2020) and is primarily focused on grain crops and livestock.

The Lake Traverse Indian Reservation is the homeland of the federally recognized Sisseton Wahpeton Oyate, a branch of the Santee Dakota group of Native Americans. More than 60% of its land lies in Roberts County.

The regional cities of Watertown and Aberdeen are both within an hour’s drive. Sioux Falls, just two hours away, provides regional airport services and plenty of accommodations and amenities.

Agriculture is the prominent industry in the area, which is some of South Dakota’s most productive farmland. Aberdeen is a center for processing and related agribusiness, such as Agtegra, Demkota Ranch Beef (finishing and processing plant), and a soybean processing plant. Several railroad lines transport agricultural commodities through the region. Glacial Lakes Energy’s ethanol plant in Watertown produces 100 million gallons of ethanol per year.

The owner has used this property mainly as a wintering/calving headquarters for 500-600 cows allowing for grazing rest during the growing season. Fall moisture in 2021 produced terrific fall growth so the pastures are in excellent condition. Winter moisture has the property poised to grow a tremendous amount of forage for either haying or grazing for the 2022 summer. The property is available for possession at closing allowing for immediate return on your investment!

The ranch boasts over 3,120 feet of 9-foot-tall super steel windbreak, attached to drill stem pipe set in concrete. Sprawling pens are strategically located to allow access back to the barns and working facilities both outside, as well as a cattle working system under roof. Along the north and west sides of the headquarters is a natural mature tree shelter belt comprised of deciduous trees.

Livestock on the ranch are supported by over 11,000 square feet of barn space, with half of that containing concrete flooring. The main barn complex consists of 8,575 square feet under roof and includes an indoor A-pen and alley, an ideal area for calving pens, as well as an old milk parlor and milking room both with concrete floors that would be tailor made for a vet room and hospital area. A separate 40×60 quonset is also well situated for livestock shelter. At the west end of the yard is an 18×20 Horse barn with tack room.

A 38×60 quonset serves as the machine shed. The shed is spray-foam insulated and has an overhead door on the east end and sliding doors on the west for drive-thru access. There is a 24’x 34’ granary currently used for cold storage.

A comfortable 3,140 square foot, 4 bedroom, 2 ½ bath home sits on three levels with an open floor plan and spacious rooms. The residence was built in 1984 and in 2009 the home received new siding and tin roof, as well as new tin roofing on all of the other main barns.

Water is supplied to the home from a separate privately owned shallow well of 30’. There is ample flow for all purposes of domestic water, however, the owner does not drink the water.

The Mendenhall ranch has an extremely rich mix of warm and cool season grasses, making for strong livestock gains throughout the growing seasons. In 2010, 400 acres of the ranch were enrolled in a conservation easement. There is no restriction on grazing ability under the easement and hay may be harvested anytime after July 15th of every year. The gradual rolling terrain lends this property to suit the needs of the producer. Virtually all of the property can be grazed, however, and hay can be harvested on nearly every acre in the pastures as well, creating a multifaceted enterprise in the Mendenhall Ranch. The ever-growing hay marketing area allowed for the 2021 hay crop to be sold as far away as Montana. 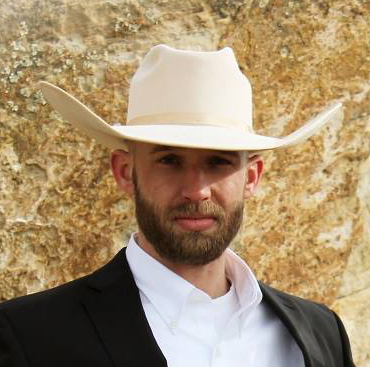 Contact Tyson
The information provided by Hewitt Land Company has been obtained from sources deemed to be reliable, but is not guaranteed or warranted by Hewitt Land Company or the sellers of these properties. It is the responsibility of the prospective buyer to independently confirm the accuracy and completeness of this information. Prospective buyers and advisors are encouraged to do their own due diligence in regard to tax, financial and legal matters, and to determine the suitability of a specific property to the buyer's needs. This offering is subject to errors, omissions, prior sale, price change, correction or withdrawal from the market without notice. All references are approximate. Any projections, opinions, assumptions, or estimates used are for example only and do not represent the current or future performance of the property. Sellers reserve the right to accept or reject any and all offers without liability to any buyer or cooperating broker. Fences may or may not be located along property borders.
×